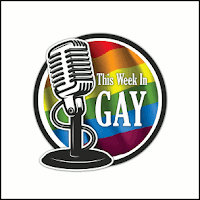 I forgot to share this at the time it was released, but I was a guest on a podcast, the first time in nearly two years. It’s episode 8 of the recently re-booted “This week in Gay” podcast, and is called “LGBT life in New Zealand with Arthur”, though as is often the case, the conversation was quite wide ranging, with lots about New Zealand in general, too.

I’ve known the host, George, for many years now, and we’re both part of the Pride48 group of LGBT and LGBT-friendly podcasters, so it was like chatting with an old friend. I said that the podcast is a reboot, and as it happens, the premiere of the original version of the podcast back in June, 2011, though the recording is no longer available (I may have a copy somewhere).

In any event, I had a good time, and I’d like to thank George for having me on.