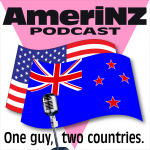 I managed to complete an episode in June!!! Well, that’s something.

I give some advice to my fellow Americans in the wake of the Roe decision because I have a very particular perspective. Then, on to light topics. What happened to the project sorting files? Good things. What about that fatigue? More good things. Well, the first 12-months with my solar power system have passed, and the results outshine everything else I talked about. In my opinion.

Links for this episode
”Was it worth it?” – My blog post on my first 12 months with solar power.

Get AmeriNZ Podcast for free on Apple Podcasts

Today I talk a bit about how the Royal Tour was received in New Zealand. That leads into a couple other issues in the NZ news. I also provide a wider explanation of something I talked about in AmeriNZ Podcast episode 338. Last time, I also had some health updates and I had colds. This episode has similar topics, as it turns out. And, today is a big anniversary.

This is my second podcast episode for March, which is nice, but it turns out that I’ve been posting two new episodes every month so far this year, which I think is a fantastic improvement on how things have been the past couple years.

The first actual topic today is the the Democrats Abroad Global Primary, the results for which have just been released. I talk about those results in a little depth, and I also blogged in more depth about it (link below).

The second NZ Flag Referendum ends on Thursday, and the number of ballots returned has been much higher than for the first referendum. In fact, as of yesterday, roughly 60% of registered voters had voted, with three more days to go. I tell you why I think that’s important

New Zealand’s next Governor General has been announced. I have no idea who she is.

Easter Weekend includes two public holidays, so this is probably the last episode for March. Maybe. Finally, some personal updates, including non-news from the Tooth Tales saga, and an update on things I’ve talked about before. 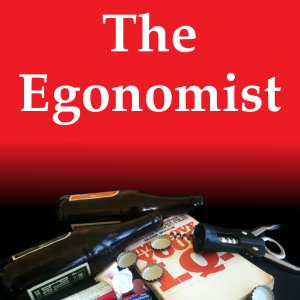 This AmeriNZ Podcast Special Presentation is Episode 298 of The Egonomist, the first New Zealand podcast I’ve ever been a guest on. It’s mostly about politics, just so you know, but also about some expat and New Zealand stuff. I had a lot of fun, and look forward to having Dan and Dave visit the AmeriNZ Podcast. You can leave a comment below, or you can check out their site or Facebook page—links below, along with links to Dan’s and Dave’s Twitter feeds (I recommend both!).

Please leave a comment or send an email to arthur{at]amerinzpodcast.com. Please note: The voicemail line is gone, but you can leave an audio message for my using the “Send Voicemail” item on the right edge of this page. 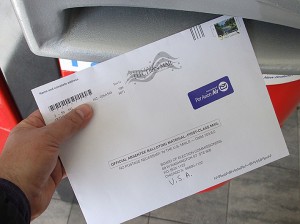 So, then, this happened today: I voted.

On the very first episode of Arthur and Paul Talk we introduce ourselves, talk about Romney and his latest antics, the Freedom From Religion group, and the Apple podcasting app. Leave us comments or voicemail either here or at the new Arthur and Paul Talk Podcast site. Subscription information, Twitter Feed, Google+ page and voicemail number and email address are all on the new site!

Feel free to leave a comment here or to ring my US Comment Line on 206-666-5172, or send an email to arthur{at]amerinzpodcast.com.

I had a chance to record a short episode, so I grabbed it! You may be sorry. I start with an update to an earlier report, talking about Christchurch. Next, it’s a bit about a couple stories in the US that are quite different here. A comment lets me talk about New Zealand’s general lack of anti-Semitism. I also get to talk more about the NZ Census!

Links for this episode
Well, none today, actually.

This show was recorded live on Pride 48, with guests Daniel Brewer, Brother Cinaedus, Veritable Virgo and my husband Nigel.

What does a bad knee have in common with politics? Daniel launches the discussion with that, and we get into a bigger discussion of what’s wrong with US politics, and people’s attitudes toward it, what needs to happen, and more. We even look at some specific races and issues surrounding “Don’t Ask, Don’t Tell”.

I’ll be back for another AmeriNZ LIVE podcast on Pride 48 Thursday, November 4 at 8:00pm EDT (Americas, 1:00pm Friday, November 5 in NZ). I’m going to try a different mic next time—and I’ll start making these shorter, too.

Links for this episode
Daniel is co-host of Live It Up! Podcast
Veritable Virgo’s site
Brother Cinaedus’ post on following Pride 48 Audioboos
The Third Colony – Nigel will be hosting on Saturday, October 30 at 9pm.

We start by talking about the Proposition 8 ruling. Then we talk about marriage equality v. civil unions. We talk a lot about marriage—what it is and can be. Yeah, Glenn Beck is mentioned. Healthcare creeps into the discussion, and then lots of other stuff about American politics, and Daniel makes lots of good points, TurnipHed makes good points about Canada and Arthur mentions New Zealand: Yeah, you’ll have to listen to get the details.

Thanks to Honey of My Honey Wears Plaid for letting me borrow his time slot (I tried to put the furniture back and vacuum afterwards—sorry about the water stains on the tables).

Be sure to listen to Nigel LIVE on The Third Colony Saturday, 9-11pm Eastern (in the Americas, 1pm Sunday in New Zealand) on qnation.fm. Go to their website for how to listen, or to join the chatroom. The Trivia Game is back!!

Links for this episode
WoWcohol
Live It Up!
TurnipHead’s site
Bears in the City

Busy again (some things don’t change). There’s been a lot going on, starting with Pride 48 and work, too. I also tell you about Nigel’s new show. An odd story in the news caught my eye. I have lots of comments that let me talk about other things. I may only have one episode next week, too.